Sidewall "Bubble" or ? A Tire Autopsy

Took the wife's Miata down for an oil change and tire rotation. Contacted by the store, that they had discovered a "Bubble" in the sidewall and wanted to know what I wanted to do.
After a quick look at the location of interest I concluded that we were looking at a Sidewall Impact Break. I had the store replace the tire with a new one and asked that the allow me to do a "Failed Tire Inspection".  Here is what I found.

Picture 1 is of the inflated LF tire on the car. 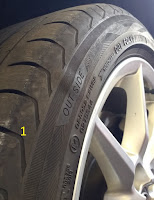 You can easily see the "Bubble" on the sidewall under the molded word"OUTSIDE". What tipped me off to the damage being an impact and not a sidewall bubble or blister was the shape (more radial in nature than round) and the gradual nature of the rise of the shape. Sidewall blisters are normally more abrupt.

The interior picture is what we see inside the air chamber at the location of the sidewall "bump". 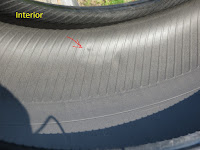 I have an arrow pointing at the stress marks of the body cord on the inner liner rubber. 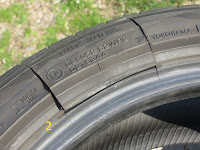 Picture 2 is of my initial examination cuts.   Note I did not cut directly through the area in question as I did not want to destroy or contaminate the "evidence" that I suspected would be found in the area of interest. This is an important point that many inexperienced investigators sometimes miss. 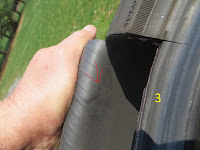 In picture 3 we see the location of interest. I added an arrow that points to area os special interest. If you look closely you will see a short dark line. This is a depression where the interior rubber has been "sucked" into the damaged area of the sidewall,


After removing the section of the tire, close examination revealed some of the initial Innerliner cracks / tears.  Here is a close-up shot. 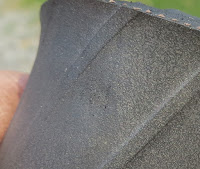 These cracks would grow and could eventually result is air loss through small cracks in the sidewall. It is important to consider that the cracks will not grow in just a couple of miles or maybe not even in 100 miles but if driven long enough would most certainly result in an air loss. The driver would have no recollection of ever hitting a bad pothole or road debris so in all likelihood simply claim that the "Blowout" was due to some tire defect. 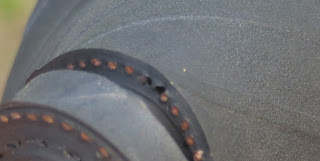 Finally, we can see the separation of the body cord from the surrounding rubber. It is possible for this type of separation to allow the cords to move independently from the rubber next to the cord and the rubbing can generate heat which under the right circumstances could lead to a cord failure.
Again this could take weeks or months to progress to a loss of air but is another example of why few drivers connect the effect of a tire losing air to the real cause of suffering a sidewall impact break.

This break was actually quite minor. A more severe impact was covered in THIS post.
Posted by Tireman9 at 12:18 PM