Interply Shear and am I spreading Fear?

On an RV Forum I saw some posts about tire failures:

There were some posts that mentioned the RV total weight capacity or Gross Vehicle Weight Rating (GVWR). Others were mentioning the total of the Tow vehicle plus the RV Trailer or Gross Combined Weight Rating (GCWR). While others were talking about tire load capacity.

One person responded with: "You need to pay more attention to just what acronyms are telling you. GCWR has nothing to do with tire inflation pressures. The tow vehicle and towed vehicle are individual vehicles and answer to their own standards and regulations.

Maybe you should ask Roger why, during his working years with tires, the interplay sheer problem was never corrected. (Interjecting a fear factor for attention purposes might be Roger's goal).


Tire tread separations are a fact that trailer haulers must respect. Fooling around with RV trailer tire inflation pressures by using less than what the vehicle manufacturer has recommended is, IMO, counter productive".
Since I was mentioned if the forum post along with the suggestion I might be spreading fear, I felt the need to reply.
Sorry, but Fear is not and never has been my intent. I covered interply shear and how I discovered that it was different for multi-axle trailers than it is in motor vehicles in my blog post of Nov 20, 2013 when I did the first of multiple posts in Interply Shear as it pertains to multi-axle trailers. The fact is that Interply Shear is well known in the tire industry but not the unique forces imparted on multi axle trailers. It was pure chance that I noticed the irregular path taken by a trailer doing a 180° U turn on freshly smoothed gravel (picture in the Feb 22 2018 post). That was my Ah-Ha moment.
While I was retired by the time I first saw the gravel path, I still had friends that worked with the high power Finite Element and vehicle simulation software and called in a couple favors. I asked them to run a simulation of a truck pulling a tandem axle trailer through a series of "S" curves. All 8 tires were identical with the same load and inflation so we could end up with a comparison of trailer effects on tire belts vs the normal interply forces found in all radial tires in motor vehicles applications. What we discovered after the overnight computer run, was that in  simply S turns (similar to seen in the video) the belts on a multi axle trailer were developing 24% higher internal shear forces than the tires on the truck pulling the trailer.
This goes a long way in explaining why tires in multi-axle application have much shorter life and significantly higher failure rate than do tires in car or truck applications.
So you see, Science and facts can be used to point out why blindly following 50 year old design decisions and regulations that are the foundation for the current ST tire regulations can be significantly improved upon.

I have too much tire pressure gain

Another post with a question on an RV Forum.

I've often wondered why the tires on my travel trailer will gain about 10-12psi on a trip, and the tires on my tow truck only gain about 4-5 psi.  The tires on my trailer are Goodyear Endurance load range E, with a cold pressure rating of 80psi.  (The original Chinese tire bombs were load range D with a cold pressure rating of 65psi.  I had the same problem with them gaining pressure).  I usually start my trips with the pressure set at 75psi instead of 80psi because I'm nervous about the tires gaining so much pressure.  On a typical travel day in the summer (in Texas) the tires will usually go from 75 to about 87 or 88psi cruising down the highway at 65MPH.  I have a pressure monitoring system, and I have a lot of faith in it.  My trailer weighs 9950lbs according the the CAT scale.

Tire pressure will increase i.e. gain about 2% for each increase in temperature of 10F. I have covered this in detail in a few posts on my blog. Here is one post on that topic.

Since your TT tires carry a much higher load relative to the tire size they have to work harder than your truck tires. Inflation on trucks gives tires a 10% to 30% Reserve load while the inflation specified for TT tries may give 0% Reserve and the sad fact is that based on actual tire loading data a MAJORITY or RV trailers actually have a negative reserve (i.e. they are overloaded).

What can confuse the issue is when you change the Load Range you can run a different pressure  BUT a couple observations. When you increase the tire Load Range you only get an increase in load Capacity when you also run higher inflation.

Without knowing the scale reading for each axle and the actual tire sizes I can only give you generalizations. It is very unlikely that your 9950# is evenly split across all 4 tires and probably one or more is supporting more than 2,487#.

You should NOT get nervous about pressure gain as we tire engineers know the temperature will increase and also the pressure will increase.  You can email me directly at tireman9@gmail.com and I will be happy to work directly with you to resolve your questions and concerns.

Some information that will help us.

1. Complete tire size and Load Range info for both TT and TV

Well I posted the above a couple weeks ago but have not heard back so either the OP has lost interest, or doesn't want to discuss the problem.

If you are reading this blog post then you probably care about your tire inflation and understand the normal pressure increase. If not my offer to help still stands, but please provide the requested information so we both don't spend time going back and forth.

What is the Root Cause of a tire failure?

"Root Cause" is the initiating condition or first cause. Someone having a temperature is not a Root Cause or Proof of an infection but is an indicator that there is probably an infection of some sort. A "Blowout" is not considered the Root Cause of a tire failure just the final condition.

Email ThisBlogThis!Share to TwitterShare to FacebookShare to Pinterest
Labels: Root Cause

Tire "Failed for no Apparent reason" I think not.

OK, as you know I follow a number of RV forums. Here is one that caught my eye. Maybe some can learn this lesson before they end up in big trouble.

The post started off with   "Well, I can assure that a tire can blow up for no apparent reason. LT275/70R18 Americus Commercial date code 3518. Truck was shaking a bit. Thought drive shaft. If any of you ever drove a bit heavy truck (I used to drive fire trucks) that sat for a long time and got a flat spot, well drive shaft or flat spot feeling.

Couldn't see anything wrong but decided to take my clunker over to (a local NAPA store) and let them have a look. Its about 15 miles. Missus following. Truck was shaking even worse. Missus said she saw the left front "flapping" (her words) and I queried why she didn't call me so I could pull over and check. Anyway I went to the tire and checked by feeling the inside and there was a definite bulge. So I decided to let that go and went in to the office and BANG! rubber off the inside of the driver side front blew off; about a foot long x 8 inch hunk. Tire still holds air. Always kept those tires aired properly.

Bought four Cooper Discoverer A/T All-Season LT275/70R18 125S Tires. The old Americus tires no longer had my confidence. I praised the Lord I was able to make it over to the NAPA without a blow out on the road.

Michelin's would have been my choice but they are outside what I wanted to spend. I checked Sams Club and the same tires were about $100 more a piece than the Coopers."

I wrote the following: I hope this truck owner and some that are reading this post can gain some knowledge.
Well there clearly was a reason for the failure as tires are not Magic. I do not understand what was meant by "blow up for no apparent reason"  If the owner is saying  that he did not understand the different technical reasons for a tire to fail, I can understand that, but as a minimum people should read and try and understand the information in THIS post as it covers the two main reasons for a tire to fail. I have posted this "Why tires Fail" on at least a dozen different RV forums, but as they say you can lead a horse to water but you can't make them drink. 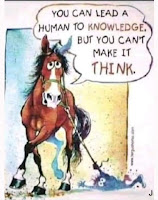 When a tire fails, I strongly suggest that you should make at least a minimal effort to understand the "Why" otherwise the actions you take may not prevent another failure.
Think about getting in a car or truck and turning the key and the vehicle doesn't start. Would you simply replace the battery without confirming the reason it didn't start was because the battery didn't have enough charge? What if you were out of gas? Would replacing the starter motor "fix that problem? Of course not. You may not have thought about it but you already approach "Problem Solving" in a logical manner.
Tire failures should be approached in the same way if you want to avoid making the same mistake over and over
The vibration you felt was a significant hint that the tire was in the process of coming apart. Tires simply do not go from having a 100% solid construction to having the components such as the steel belts separate the next instant.
Here is a more detailed post on why tires might fail.
Here is a story of a tire inspection I did on a tire that was in the process of coming apart.
As you can see there were a number of warning symptoms. Some were similar to the symptoms you experienced but failed to understand or act upon.
Luckily you were not driving your truck with a significant load at speed when the front tire finally came apart. That could have been serious. I believe that a little self education can be a significant help in reducing potentially serious problems if you have a tire failure.
##RVT1051
Posted by Tireman9 at 3:42 PM No comments: