I just had a tire failure, for no reason

If you follow any RV forums you probably see a statement like this every few weeks. I can tell you that tires do not fail because of some RV-Magic. It comes down to actual Science.

Simple question but as with almost every question about tires, the answer is not a one liner. This post. It's not short but it really isn't technical and I'm sure every reader will understand the concepts.

What's left will be a structural failure which would almost 100 percent of the time will be either a detachment of different parts or components of a tire one from the other, OR a heat/fatigue failure in the mid sidewall due to driving with extreme low inflation. 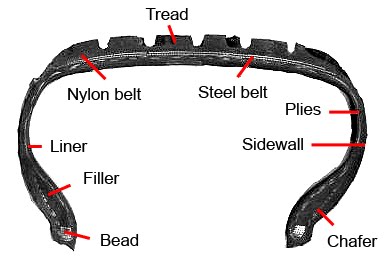 Each component is selected for different reasons and contributes both advantages and disadvantages to the total. Each component must "stick" to its neighbors both in the un-cured and cured state. The interface between two different components is weaker than the individual components but it must hold together through millions of cycles over a 200F degree temperature range. 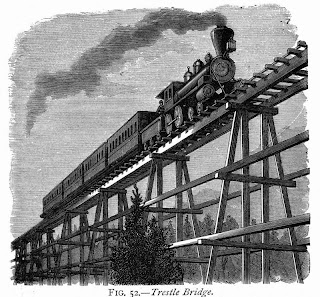 I educated some fellow tire engineers about this “T” function when I proved, through lab experiments that it was possible to fail two tire with high pressure above its stated max 18 days after it was initially inflated.

The other condition that affects and changes the “T” in the equation is temperature. Organics experience constant change (loss) in properties as the temperature increases. The rate of change (aging) doubles about every 18 degrees F of increase in temperature, so it's not easy to calculate or predict the time it will take for an organic structure to fail unless you can control the temperature over time.

Bottom line. It’s a combination of temperature (heat) and time that causes tires to fail. A tire that spends its life in Flagstaff, Ariz., could probably last twice as long as a tire that spent its life in Phoenix if all other operating conditions were identical so even knowing the state where the RV was used isn't sufficient.

As the owner of an RV you can significantly affect one factor and that is the heat generated internal to the tire. When you run fast or overloaded or under-inflated you are running hotter. This means you are speeding up the rate of "aging" of your tires and can expect to see a tire fail before it wears out. You can also protect and shield your tires from the heat generated when in direct sunlight while your RV is parked. HERE you can read about an experiment I ran on the benefits of shielding your tires from Sun exposure.