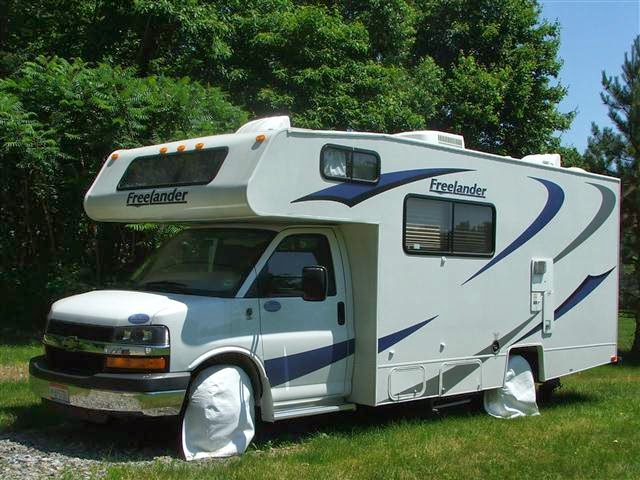 That is the statement I occasionally get from a few who say they have no intention of getting their RV weighed each time they go on a trip so they see no reason to ever get the RV weighed as they are certain they know they are not overweight.

With over 40,000 data points RVSEF can show that over 55% of the units they have weighed have one or more tires and/or axles overloaded, I am pretty comfortable in suggesting that RV owners need to learn the individual tire position weights at least one time.
It is not unusual for an RV to be out of balance by 1,000# or more.
Trailer owners need to do this to confirm they are not overloaded due to axle to axle imbalance or side to side balance. They still need to run tire inflation at the tire max.

Motorhome owners need to learn the "corner loads" before they calculate the minimum cold inflation for each axle.

Once you have learned the actual loads and done the calculations and table look-up you are good to go unless or until you make some significant change to your RV such as adding a residential refrigerator or possibly granite counter tops.

Not understanding the difference between "Measurable and Meaningful" some incorrectly think I am suggesting that they need to get their RV re-weighed every time they go on a trip as they may pack different items. Not wanting to do this they just throw up their hands and don't get the RV weighed.

Improper inflation can lead to overloading and excess heat generation. This is bad for fuel economy and tire durability and in extreme cases could lead to blowout failure or tread separation.

I have had my small Class-C 2008 coach (seen above) weighed three times.

My first time was just after I bought the RV and not having access to corner weighing I still wanted to know what my weights were with the "stuff" I had loaded for my first trip.

I knew I would pass a CAT scale about 15 miles from home so pulled in and got the following results
Front 3,940#  Rear 6,580#   Total 10,520# Based on these results plus the margin of inflation pressure I wanted I then knew what to set as my cold inflation.

It has been a few years since my RVSEF weighing and I have added a few items as "permanent" take along stuff and a few minor modifications to the RV that I felt had increased the load when preparing for a longer trip. I again decided to do a quick check so again visited a convenient CAT scale.
Front 3,820#   Rear7,020#   Total 10,840#   This indicates an additional 220# on the front axle and an extra 370# on the rear from the RVSEF weights

As you can see the RV has gained a some weight over the years, A bit like its owner I am sorry to say.

The good news is that the new weights do not require a change in cold inflation as the extra 320# is not large enough to put any individual tire into a higher inflation bracket. Plus my margin easily accommodates this change

As you can see it is easy to confirm that no significant change in weight has occured. There have been and will continue to be changes in the tire loading due to weight changes but those changes, while measureable are not meaningful so are not of concern. I also think you can see that excuse for never getting your RV weighed because you don't intend to or want to weigh the RV each trip is not a reasonable excuse.